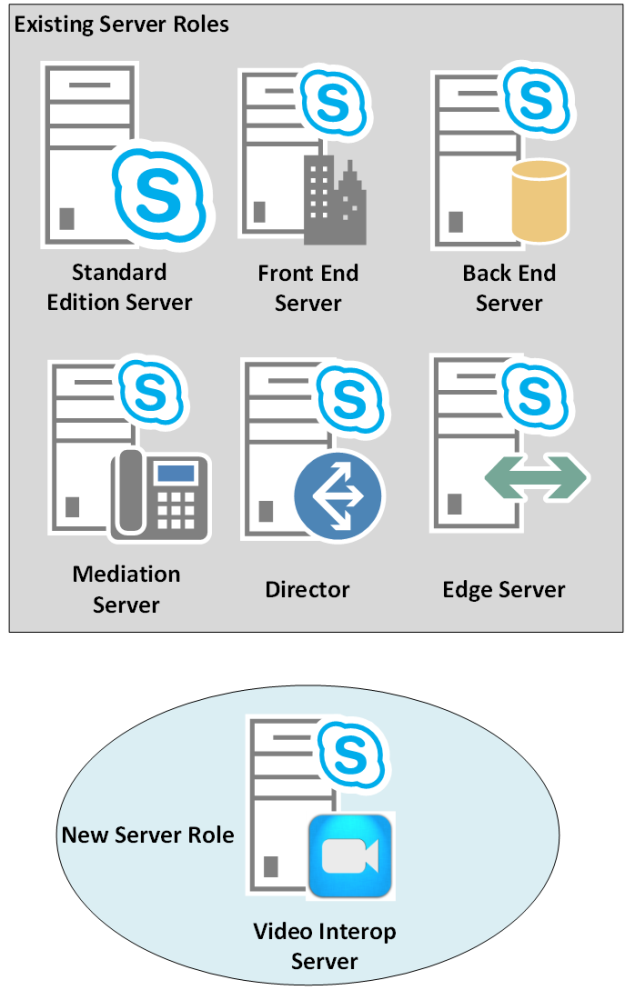 Front End Server: There are no major changes in Front End Server. Front End Server is a core server role of the entire Skype for Business topology and works in similar way as it was in Lync Server 2013. You can start with minimum three FE servers and can go up to twelve FE servers in a single pool. Same as standard edition server, you can collocate Mediation server with FE pool or can deploy a stand-alone Mediation pool. There are few changes have been done in terms of Windows fabric and services/pool availability which will be written separately in another post. Same as Lync Server 2013, Skype for Business Server Front End pools are the primary store for user and conference data, each user data is replicated among three FE servers and same backed up on Back End Servers.

Mediation: Same as Lync Server 2013, Mediation server is required to implement Enterprise Voice, Call-via-work, and dial-in-conferencing features. Mediation server works as an intermediary between FE Servers and Enterprise voice setup and facilities signaling and media. In few cases Media can be bypassed but signaling always need Mediation Server component. As discussed earlier, Mediation server can be collocated with FE pool or can be deployed as a stand-alone pool.

Director: Director is still an optional server role or can be deployed as needed. You can have maximum 10 Director Servers in a single pool. Director can simplify your redirection and authentication process if you have multiple pools. It can also save your Front End servers from denial-of-service attack. This role cannot be collocated with any other server role.

Apart from all these roles, there is one more server role which is not part of the Skype for Business Server but it is required if you have to collaborate with external/federated/remote users. Reverse Proxy server is required to share web content such as meeting url etc. The existing reverse proxy server can be used if exist in the environment.