I always suggest having an architecture start from Networking because your network define your boundaries. However, people can have debate that with cloud we are open and we can’t define boundaries. I totally agree with you as you are thinking from end-user’s perspective. In my view, if you can’t define the boundaries then you can’t have appropriate security in place. If you are working with multiple SaaS/PaaS/IaaS vendor, that’s fine but define them in your enterprise architecture so that what, how, where and when, you are sending your data is captured. This debate can’t happen through blogpost, therefore let me explain you key networking components in Azure and their mapping with on-premises networking stuffs. 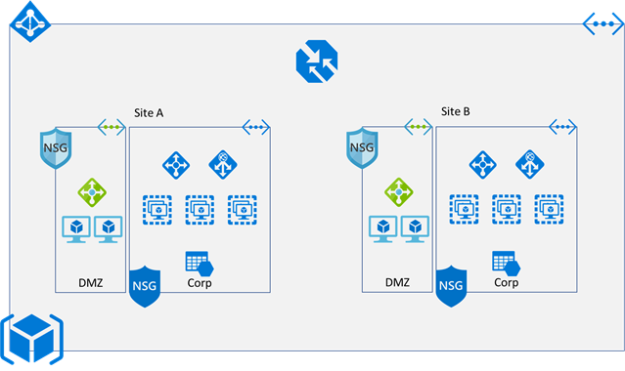 Once you try to map the networking components of your on-premises with cloud, you observer that most of the things are available but it has slightly different name or functionality.

To know about major component and its functionality, read the following blogposts:

Once you know the boundaries, big picture and bottlenecks, and understand the Azure capabilities as well then you will design a best possible solution.